Reflections and Future Developments of NLP

From The NLP Leadership Summit
January 2016

Imagine…
Imagine twenty-nine NLP ‘elders’ from across the world
coming together to talk…
To talk about NLP and its future…
To talk about their hopes and visions as to what NLP can become…
To talk about what happens next.
Imagine no international borders.
Imagine helpfulness instead of hierarchy,
Imagine playfulness instead of posturing
and participation instead of positioning.
Welcome to the 2016 Leadership Summit ‘Colloquium’.
A Quick Background
Back in 2012, a collection of NLP ‘elders’ were invited to gather in
London at the NLP Conference. This was the first meeting of the
‘NLP Leadership Summit’.
An elder, in this case, is defined as somebody who: 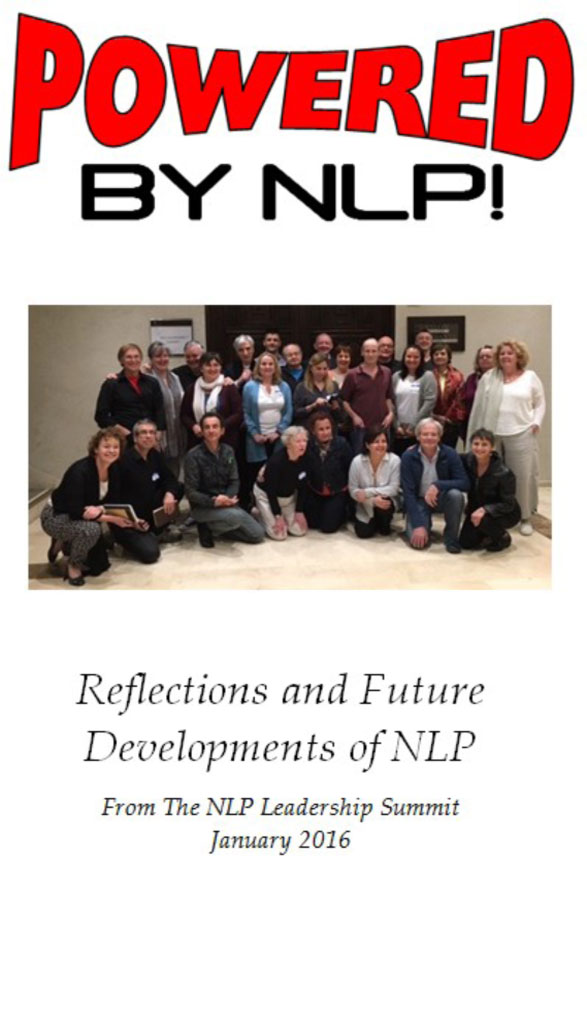